A+ A-
Print Email
Some says it haram. Some say it subhah. And some say it's okay, but make sure it for the good of Islamic education. Why it so difficult to mention it's a need nowadays to be entertained? Why there's no any of us including me, just say it as' halal music' or halal entertainment?

We have to admit that we've lost to google, youtube, apple or iTunes, facebook, twitter and with so many other social media to lead and inspired the urban youth muslims. You don' have to argue about that, because almost all scholars try avoid it and not to face the reality. Whilst Muslim's so called leaders with power have not given their full effort to initiate the long-term program to challenge or at least having the same level of innovation and technologies in media and entertainment, all this while we've to follow others to creates our cultures. We're good to be followers.

In Nusantara (Indonesia, Malaysia, South Thailand and Brunei) we have to thanks to lots of Muslim scholars still using their old style of teaching, using basic music as nasheed and qasidah, etc. But for how long? I remember when Roma Irama did something to stop Inul for starting to induced the dangdut movement via sex appealing dances, what have we done to support Roma? 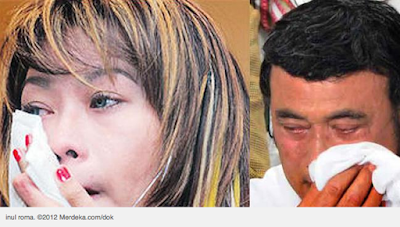 That's the point of this short article. Actually halal and haram factors stop us to support music. But I'm not blame others neither to pointing finger to others. Lets move on. Join IslamicTunes now!
Posted by IslamicTunes
Labels: dangdut, goyang inul, islamic music, nasheed, nasyid
Location: Malaysia